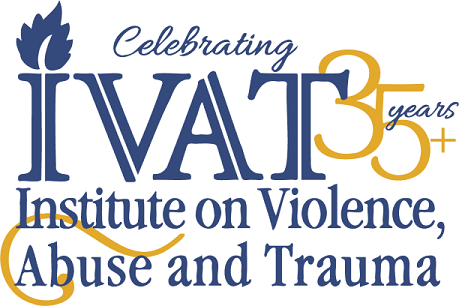 Breaking the Cycles Beating the Odds: The 12 Steps to Self Awareness Model

From the mean streets of Birmingham, Alabama, to the halls of academia, and from GED to Ph.D., Johnnetta McSwain, MSW, author, "Rising Above the Scars", sexual and domestic violence expert, adjunct professor, and international empowerment speaker extraordinaire, shares her personal 12 step journey of how an African American woman triumphed and overcame vicious cycles of unimaginable childhood sexual, physical and emotional abuse, violence and self-destruction. This powerful acclaimed 12 Step Self-Awareness Model (SAM) is based on her EMMY AWARD WINNING documentary, The Road Beyond Abuse", produced by Georgia Public Broadcasting (GPB) and narrated by Jane Fonda. This empowering, keeping it real, take action 12 STEP model aims to help attendees with a wide array of conflicts; become self-ware of their negative cycles and offer solutions with a no-nonsense approach to breaking negative cycles that impede one's ability to reach for their greatest potential to a life of hope, healing, happiness and SUCCESS! 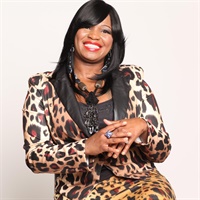 From the mean streets of Birmingham, Alabama and from GED to Ph.D., Johnnetta McSwain, is a sought ought international empowerment speaker extraordinaire, author, recipient of the Emmy Award documentary, “The Road Beyond Abuse”, program development/facilitator/consultant and behavioral coach. She tells it like it is with wit, charm, and wisdom. Wearing her fabulous stilettos, she aids to empower and inspire individuals to move from hopelessness to hope by becoming of aware of their cycles that impede them and take action to break them to reach their fullest potential in their life. Born to an alcoholic mother and an absent father, the odds were unceremoniously stacked against her even as she drew her first breath. By the innocent age of five, she was viciously raped and incessantly battered by her three uncles while in the custody of her grandparents. On her 3oth birthday, she had an epitome that she was continuing the generational cycles that had perpetrated throughout her family. At that moment, she knew she had to save herself in order to save her sons. In 2002, at age 32, with little money and resources, she packed up her house, grabbed her two baby boys, rented a truck and drove to Georgia, twice in one night. At age 33, with a 10th grade education and a GED, she entered college, three years later she earned a Bachelor’s degree in Communication from Kennesaw State University, and at age 38, she earned a Master’s in Social Work (MSW) at Clark Atlanta University. In April, 2009, in honor of National Child Abuse and Neglect Month, the EMMY Award documentary, “The Road Beyond Abuse”, debuted on Georgia Public Broadcasting (GPB). The documentary directed and produced by GPB and narrated by Jane Fonda depicted Johnnetta and her slightly older sister brutal life story of sexual, physical and emotional abuse by three uncles and their mother. The documentary shed light on the statistics of sexual abuse and the adverse factors that it cause in later life. Dr. McSwain, is the author of her compelling autobiography, “Rising Above the Scars”, describing her life’s triumphant journey of how she broke generational cycles of brutal childhood sexual, physical and emotional abuse, high school drop-out, drugs, single parenting, promiscuity, bullying, hurt, pain, welfare, poverty, substance abuse, jail and death. In 2015, at age 45, with hard work and tenacity she earned her Ph.D., in Social Work Policy and Administration at Clark Atlanta University, thus making her the first doctor in her family. She travels worldwide to encourage and empower women and young girls by sharing her story of triumph and survival, love and lost, redemption and forgiveness, and self-love and self-worth. Her message is loud and clear, yes you can Rise above all your Scars.